Mr Mick is named after K.H. (Mr Mick) Knappstein, a legend within the Australian winemaking industry.

Mr. Mick Wines, Cellar Door and Kitchen are named after the late K.H. (Mr. Mick) Knappstein, an Australian winemaking legend and Tim Adams’ mentor and friend. Tim and his wife Pam are proud custodians of the landmark property at 7 Dominic Street, Clare, that now bears his name and houses a renowned restaurant, cellar door and gallery.  Tim and the winemaking and viticulture teams, continue Mr. Mick’s philosophy of making “affordable wines for everyone to enjoy”, introducing consumers to new and different varietals as well as crafting fine quality traditional wines.

Tim Adams’ formative years were spent in South Australia’s Clare Valley.  As a Clare lad growing up among pioneering grape growers and winemakers, it was no surprise that in his final year of school Tim eschewed studying in favour of writing to Clare Valley wineries seeking employment.  The recipient of one such letter was Mr Mick Knappstein at the Stanley Wine Company, which led to Tim securing a position as winery cellar hand in 1975.  A fortuitous beginning for Tim, who found himself mentored by a revered pioneer of the modern Australian wine industry.  The first release of wines under Tim Adams’ own label was in September 1986, by which time Tim had left the Stanley Wine Company.  ‘Mr Mick’ continued to encourage the young winemaker, embracing Tim as his last apprentice, a relationship that continued until him passing in 1997. 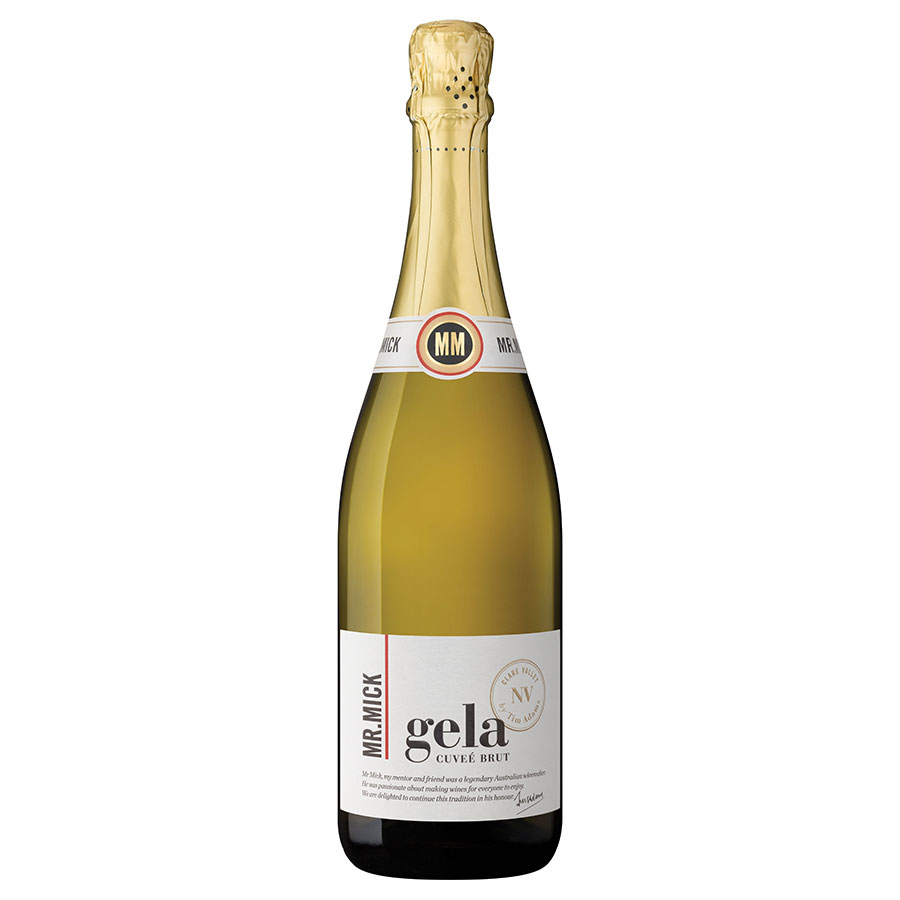 This wine celebrates the enduring partnership of Mr Mick and Gela Knappstein in life and love. The wine has fresh apple and citrus aromas with savoury yeast complexity and a delicate bead. 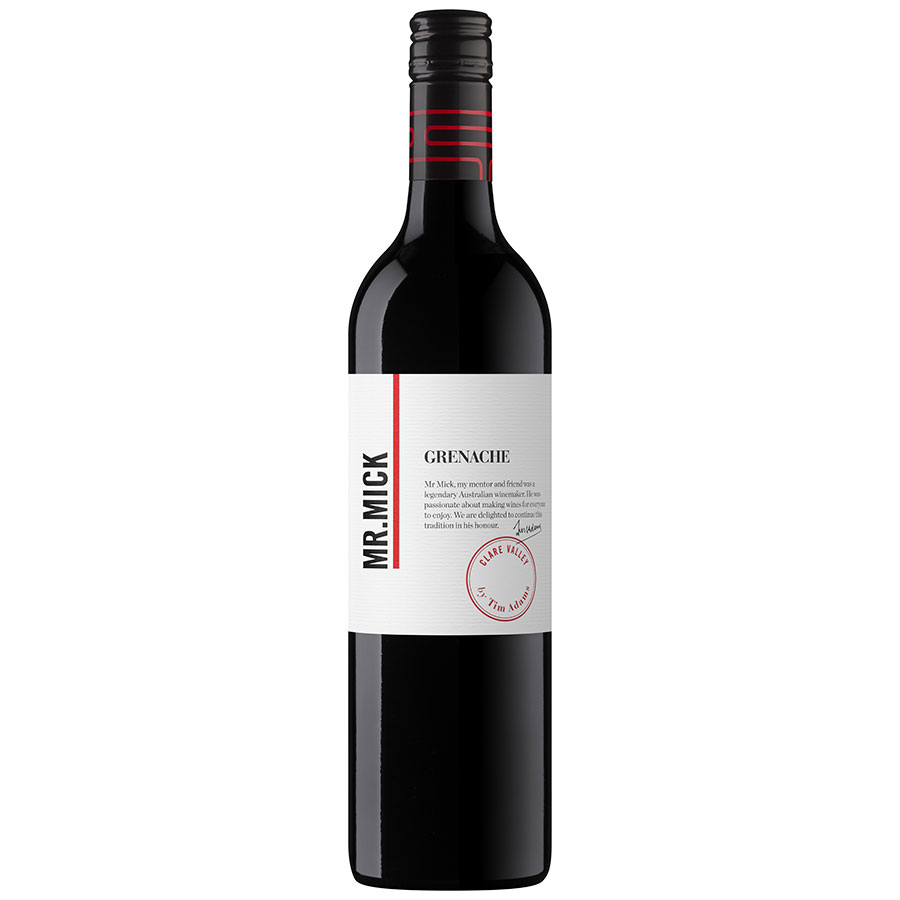 Being a popular style world-wide, the Mr Mick Grenache is made to suit a broad range of cuisine, light in style with juicy red berry fruit, a hint of varietal Grenache spice and soft mellow natural tannin. “Best Buy Wines $20 and under” “The Clare Valley is not the first place you might think of when compiling a list of… 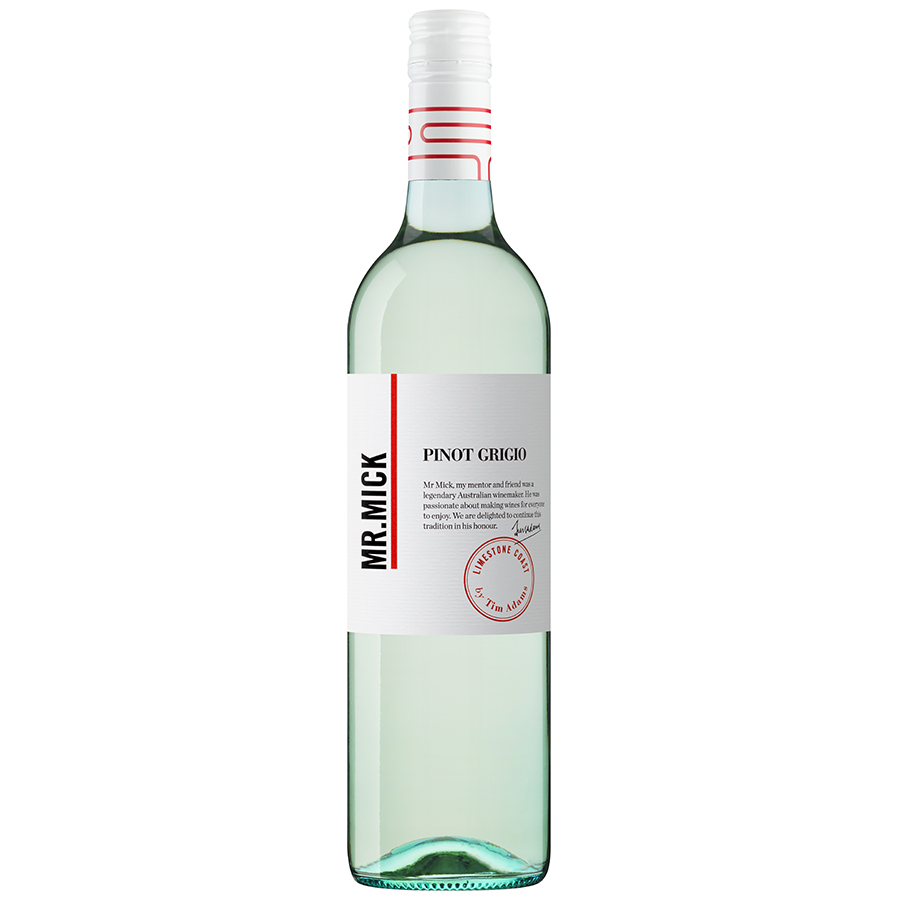 Nashi pear and melon aromas and flavours, a well-balanced crisp yet generous texture, modelled in the classic Italian style with just a touch of fruit sweetness backed by a bright acidity and a lengthy punch of fruit flavour! 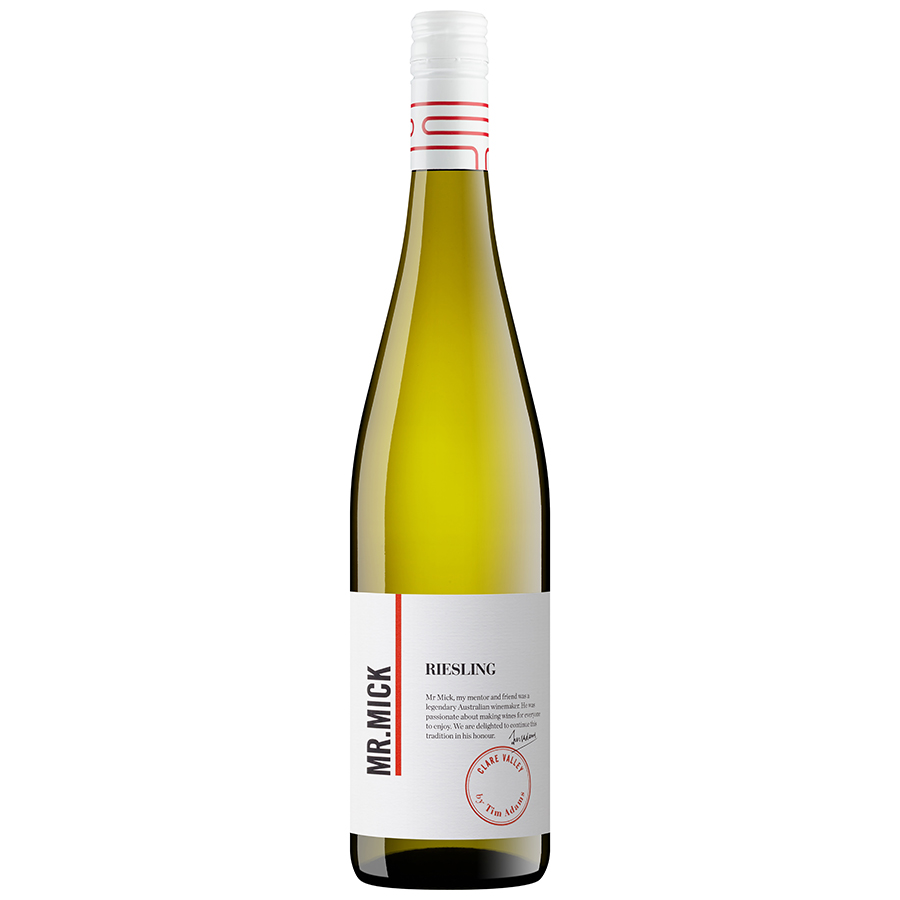 Riesling is undoubtedly one of the stars of the Clare Valley! The Mr Mick Riesling has lemon and lime juice and orange blossom aromas and flavours, made in the classic Australian style with just a touch of residual sweetness to balance the crisp natural Clare Valley acidity.   It is a pristine wine with generous length of fruit flavour; a great… 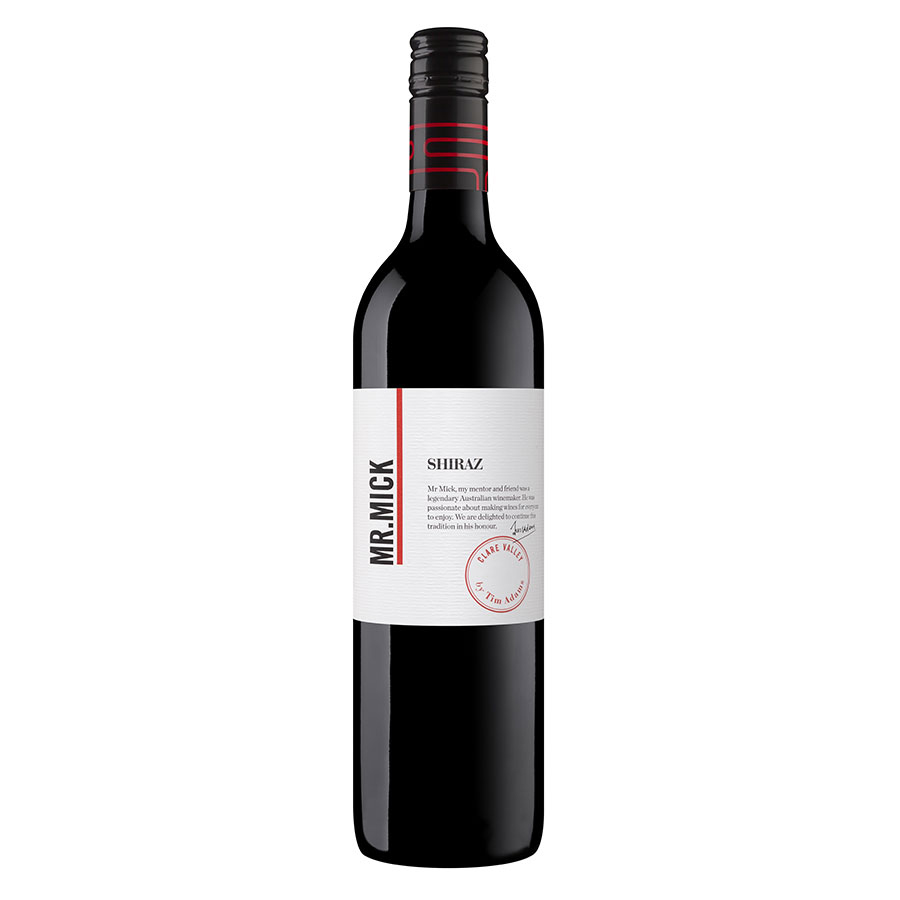 “(…).  Good value here.” “Clare Valley shiraz. Released as a three-year-old, at $17.  There’s so much clovey spice here that it almost smells/tastes peppery. It’s a warm, toasty shiraz with redcurrant and coffee flavours flowing sweetly throughout. Likeable is the word. It’s very likeable. Choc-mint characters run attractively through the warmth of the finish. Good value here.” Campbell Mattinson, The…