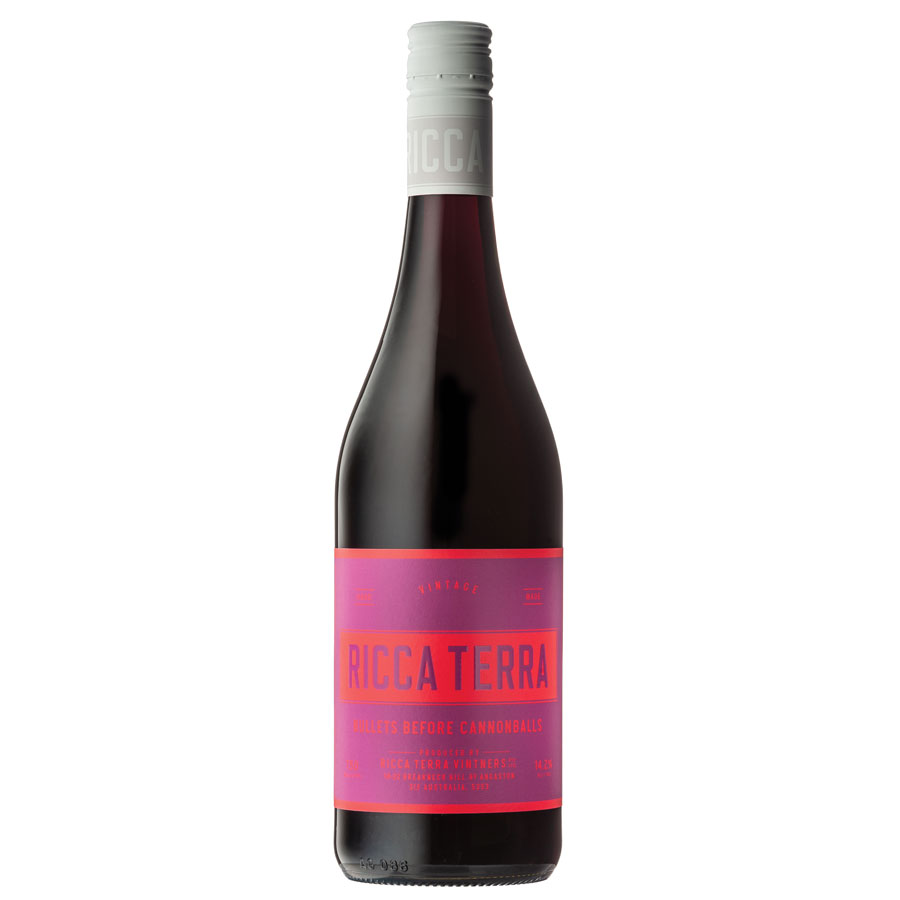 The red grapes used to make this wine are some of the standout Mediterranean varieties found planted in Australia.  Ashley’s aim was to craft a wine that ‘shouted a statement’ to the world that blends of Mediterranean grape varieties grown in the Riverland would make great wines.

The bullets have been shot…now for the cannonball!

This is a very fragrant, medium-bodied red of high drinkability and charisma, it has crunchy red-black berry fruit characters and a light sweetness, but coupled with ultra spicy notes and a squeaky, tangy, herb-laced finish.  It’s bright, flavoursome and easy to drink – good fun, but with a serious undertow in the complexity stakes.

Mythology has it, ‘inexperienced sailors were defeated by enemy ships as a result of firing cannonballs that missed their targets. Such defeats could have been avoided if the trajectory of the cannonball was calculated prior to being fired. Experienced sailors did this by firing bullets first. While a single bullet could never sink an enemy’s ship, it allowed for the precise calculation of how high and wide the cannonball should be shot…….to ensure a fatal hit occurred’